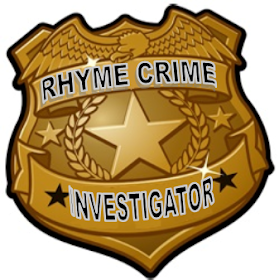 If you participated in last month's DMC challenge, you're probably already "well-versed" (ha!) in how difficult it can be to use rhyme effectively.  That's why it pleases me to welcome back TLD contributor, Carrie Clickard, with another installment of her series on how to write "crime-free" rhyme.

Previously, Carrie explained that getting the meter right doesn’t have to be daunting.  All we need to do is –

Pick a beat.
Make it stick.
Change it up.
All to our favorite songs.

Here are Carrie's previous posts in the series:


Today, she confronts the dastardly dealings of master criminal, Wrench it Ralph.

Drop the clangers! Tricks and fixes to unwrench your rhyme.

What’s that strange clanging noise?  Have we stumbled into metal shop instead of Michelle’s delightful poetry blog?  No, it’s just our next Rhyme Crime offender, hard at work: 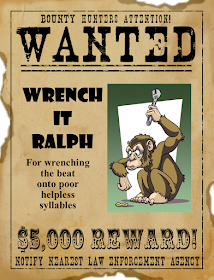 That’s Ralph you hear, clanging and banging away, forcing words into rhyme where they really don’t fit.

His crime is an especially auditory one. Try reading this example aloud:


Awful, isn’t it?  Did you feel yourself cringing as the wrongly stressed syllables approached? Shudder.  It makes you wonder how people ever get away with wrenched rhyme. Wouldn’t an editor, wouldn’t any writer catch the mistake immediately?

Maybe not. Before you judge too quickly, spend some time listening to your favorite radio station. You probably won’t have to listen too long before you hear Wrench it Ralph at work, in everything from cowboy two-steps to high opera.

Consider this gem from the Austin Lounge Lizards, "Half a Man":


Mir-REAR?  Even if you’re willing to forgive the “rear” instead of “rur/ror” in that last syllable, putting the accent on the second syllable just isn’t done in polite pronunciation.

And in case some of you are blaming that ugliness on its country-western roots, I’ll offer up a little U2, "All Because of You":

Tor-TOISE? Even with an Irish accent, that’s pretty unforgivable pronunciation.

And this part of writing rhymed verse is just that – unforgiving.  You’re going to be expected to follow the gold standard for metered rhyme: dictionary perfect pronunciation. Not the slurred syllables you hear in coffee shops or on your phone line.  Not the half mumbled abbrev-a-speak we use when we’re hurried or excited or just getting through another day.  Metered rhyme demands more – it uses all those pesky syllabic markings you haven’t looked at since grade school.

Now, don’t panic. We’re not going to start marking up long passages with shorthand scansion symbols here. Instead here are two simple ways to catch Wrench it Ralph before he mangles your verse.

On quick inspection, Wrench it Ralph’s work appears to work.  It has the right number of feet. The final syllable may be a perfect match for its rhyme partner line.  But when you read a wrenched rhyme aloud, CLUNK – you’re tripping over your own tongue.   So don’t just type and read your verse silently.  Stand up and declaim it – to the kids, the roses, the dog.  If you get everyone’s stamp of approval, you’re ready to move on to the next test:

2. Let someone else read it aloud WITH NO COACHING

Why? Because we ALL fudge when reading our own work.  We know how it should sound. We’ve heard it a million times through revision after revision.  And that’s how we’re going to read it.  Not the way it IS, but the way we INTEND it.  So the answer is, give it to a rookie. Someone who’s never clapped eyes on the verse. And let them read it cold.  Be prepared. It might sound a little like this:

Embarrassing, maybe, but isn’t it better to have that happen now and not ruin your chances with a potential editor?  I thought you’d think so.

Ok… so with the criminal evidence in hand – how do we get that pesky monkey off our back and behind bars where he belongs?


No matter how perfect the couplet looks, if the rhyme is wrenched, one of the two words has to be replaced. And making that choice can be the hardest part – which word to toss?  Pick one at random, yes, even by eenie meenie minie moe if you have to, and settle into the hard task of replacing it.

2. Find a new word with some pond-picking.


If your mind is fixated on those first favored words, try this: Get a stack of paper scraps and your thesaurus. Pick one of the two words and write all its possible synonyms on the scraps of paper. Put them face down on the desk, swirl them around and pick one blindly.  Treat it like a game of poetry go-fish. Make yourself use the word you’ve pulled in a revised stanza, even if it staggers like a turtle in a tar patch. Don’t worry. You’re not going to be stuck with it.  You’re just loosening up your mind.  Go ahead and try another.  Maybe you’ll happen on a good choice by chance, but more likely you’ll find your mind offering better replacements.

3. Tackle it with the twins.


Your trusty thesaurus and a rhyming dictionary. For those disciplined rhymers out this, this is probably familiar territory.  Crack open the thesaurus and replace one or both of your two words. Then try finding the right dance partners in your rhyming dictionary.  It’s a slow, back and forth slog, but it works.  The trick is not to give up.  I use bribes. I’ll promise myself anything from chocolate to that panda bear hoodie I’ve been drooling over – but I can only have it when the broken stanza is fixed.  Maybe you don’t need such childish impetus, but my inner poet is a bit immature – or perhaps she’s just greedy. (wink)


Yes you’ve heard this fix it formula from me before.  It’s worth repeating.  Sometimes we’re too close to our work. There’s an obvious fix, but our hearts are too tied to our “darlings” to see it.  A skilled writer friend, critique partner, even a kind hearted “civilian” can sometimes point out what we’re overlooking.  Don’t be too proud, or embarrassed, to ask.


There? Can you hear it, that beautiful silence framing your lovely verse?  With Wrench it Ralph behind bars you’re safe from clunkers or clangers – and you won’t have to worry about hearing an editor say this:

Thanks for joining me.   Keep an eye out for the next Rhyme Crime post, when we’ll be tackling Step Three: CHANGE IT UP. 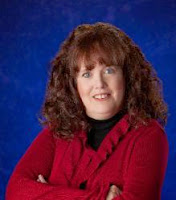 Carrie Clickard is an internationally published author and poet whose career also spans graphic design, illustration and film.  Her first picture book, VICTRICIA MALICIA, debuted in 2012 from Flashlight Press.  Forthcoming books are MAGIC FOR SALE (Holiday House, 2016) and THOMAS JEFFERSON & THE MAMMOTH HUNT (Simon and Schuster, 2017).  Her poetry and short stories have appeared in numerous anthologies and periodicals including Spider, Andromeda Spaceways Inflight Magazine, Clubhouse, Spellbound, Penumbra, Haiku of the Dead, Underneath the Juniper Tree, Inchoate Echoes, and The Brisling Tide.

Thanks, Carrie. I always feel better knowing you're on the case!

Today's Little Ditty will be taking a little ditty of a vacation for the rest of July.

First, a big, bouncy THANK YOU, for all the kind, congratulatory messages I received, on the blog and on Facebook, for winning the 2015 Magazine Merit Award for Poetry.  You make my heart smile.

Also, thanks once again to everyone who participated in last month's DMC challenge to write a poem about a treehouse, using multisyllabic rhyming. Random.org has determined that the winner of a personalized copy of WHAT ABOUT MOOSE? by Corey Rosen Schwartz and Rebecca J. Gomez, illustrated by Keika Yamaguchi is:


Wishing all of you safe and happy summer celebrations.
See you in August!

Today's Poetry Friday roundup is being hosted by Donna at Mainely Write.

Why am I jumping for joy?

Because my poem about the 11-year-old who dreamed up the backyard trampoline
"George Nissen, Boy Inventor" (Boys' Quest, Feb 2014) 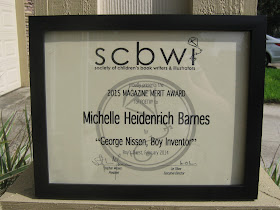 You can read my poem HERE.

The SCBWI Magazine Merit Awards are presented by the Society of Children's Book Writers & Illustrators annually for original magazine work for young people in five categories: fiction, nonfiction, illustration, poetry, and YA fiction/nonfiction. According to the SCBWI website, "The works chosen are those that exhibit excellence in writing and illustration, and genuinely appeal to the interests and concerns of young people." Honor Certificates in each category are also awarded, as well as three Letters of Merit for each category.

But that's only part of the reason I'm jumping for joy. What makes this celebration even more special is the fact that I'm able to share the awesome sauce with several other poet friends:

Congratulations to Buffy Silverman
whose poem "If You Were a Shell" (Ladybug, July 2014) earned a 2015 Letter of Merit. Read it HERE.

Congratulations to Neal Levin
whose poem "My Dinosaur, My Friend" (Fun For Kidz, May 2014) earned a 2015 Letter of Merit as well. (Neal also happens to be the multi-talented guy who illustrated my George Nissen poem in Boys' Quest!)

Magazine Merit Award recipients in all categories are listed on the SCBWI website.